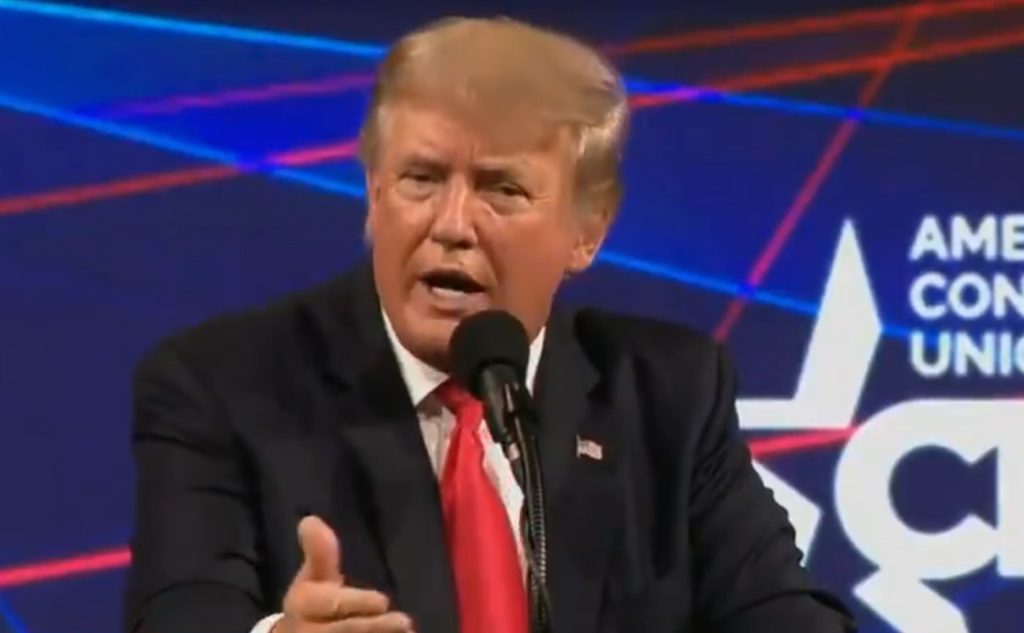 Since the day he entered the White House, it has been obvious that Joe Biden is living in an alternate reality and his staff seems to be covering for him.

His complete lack of common sense when it comes to the withdrawal from Afghanistan is mindboggling.

Who the heck leaves billions of dollars of equipment and weapons for your enemies?

Who takes the troops out before you remove the civilian Americans?

And then you hold a press conference and won’t even address the troops stuck there, or answer a single question?

Jaw on the FLOOR

Biden used his Afghanistan speech (!) to praise his unpopular hyperinflation bill that barely passed the house on party lines (220-212) & then read a 5 minute platitude on the largest terrorist hostage situation in American history.

Then took NO QUESTIONS

When you ask Biden a question on Afghanistan: pic.twitter.com/ETqR0f9HQe

Another thing that’s obvious is that President Trump is FURIOUS!

He lashed out at Biden in a statement today.

According to the Daily Mail:

Former President Donald Trump lashed out at President Joe Biden on Tuesday for ‘surrendering to terrorists’ after Biden made the decision to hold firm on an August 31 deadline for a full US withdrawal from Afghanistan.

‘Biden surrendered Afghanistan to terrorists and left thousands of Americans for dead by pulling out the Military before our citizens,’ Trump wrote in a statement shortly after noon on Tuesday.

‘Now we are learning that out of the 26,000 people who have been evacuated, only 4,000 are Americans. You can be sure the Taliban, who are now in complete control, didn’t allow the best and brightest to board these evacuation flights.

Instead, we can only imagine how many thousands of terrorists have been airlifted out of Afghanistan and into neighborhoods around the world. What a terrible failure. NO VETTING. How many terrorists will Joe Biden bring to America? We don’t know!’

Biden's priorities say it all:

This week he's been on the phone pressuring Dems to vote for tax increases and more government spending.

Why hasn't all his time on the phone been spent working to get every American out of Afghanistan?

It's a national and international disgrace. pic.twitter.com/fNFR2R9v8H

It is a disgrace. We have surrendered to the Taliban and to ISIS K.

And Joe Biden is afraid of them both.

He’s afraid of the “serious risk” of gunfighting.

Regardless of the “serious risk” to American citizens still in the country, he is refusing to move the deadline of withdrawal even if there are still Americans in the country.

And we’re left with the “serious risk” of our enemies, armed with our own weapons, realizing how weak we are without a leader.